Berkeley helped develop the turnaround strategy for the Post Office's largest 300 branches and then led a £130m change program to transform them. Our work helped the Crown Network move from £46m losses per year to sustainable profits.

Having helped devise the transformation strategy, Berkeley was subsequently brought in to make the change happen. One of our consultants took on the role of program manager, working closely with Post Office executives throughout.

Much of the £130m budget was apportioned to capital expenditure to  redesign and refit branches, making them more open plan and welcoming. This created more room for customers, clear desk space, and well-lit zones for the many different services that customers require. The refit stage included the roll out of self-service kiosk devices. Their arrival allowed branches to remove counter positions and reduce staffing costs, with 20% of employees taking up voluntary redundancy.

The 3,200 remaining staff were each taken out of frontline duty for two days. For many, this was their first training in over a decade. Their job description changed profoundly. By removing the glass screens, customer conversations evolved. Staff were empowered to open up new sales avenues.

Out of the comfort zone

The biggest challenge as change managers was to make staff feel excited about the transformation. For the program leadership team, this meant putting ourselves in the shoes of frontline staff. The Crown Network is a big family, where many good people have fulfilled the same roles alongside the same people for many years. Now, management was forcing them out of their comfort zone.

Staff naturally felt extremely unsettled with many personal concerns alongside trying to service customers while builders were busy dismantling and rebuilding their branch. All of this against a backdrop of a highly charged political environment, with media interest, industrial action in opposition to some of the changes, and parliamentary scrutiny of the wider change program.

Only by keeping staff motivated could the network come out the other side as a profitable, sustainable business. The stakes were that high. From the start, we ensured that staff were ‘in the know’. The team developed a compelling vision of what the future would look like – and how we were going to make it happen. The Crown Network couldn’t continue to function at the taxpayers’ expense. We made it very clear this was non-negotiable. How can you, as employees, help get the network to that better place?

I am fantastically proud of what we have achieved and it is no exaggeration to say that we would not have delivered it without Berkeley. I would wholeheartedly recommend working with them.”

In the first year, the program established five fantastic pilot branches and got the new branch model working. We found staff who were happy to be advocates and help spread the good news. The vision was now a real, tangible thing. Staff nationwide were invited to help design their local branch, as the rollout schedule incorporated time to take in their views.

The program held big conventions called Vision Events where branch staff stood up with microphones to share their experiences. They were empowered to speak out as ambassadors and did a great job at explaining how their fellow colleagues’ roles would change. They enthused about the removal of mundane transactional duties to technology. With real counterparts describing their experiences – the good and the bad – it came across in a more authentic and honest way than it ever could from management.

We launched a new monthly staff magazine – the pages filled with interviews with colleagues and customers, showcasing personal stories, fears, hopes, successes, failures. People became really engaged. For example, the wordsearch puzzle (with lots of words about the transformation program) became surprisingly popular. We were delighted that people would devise their own puzzles and send them in.

There was a target to migrate 80% of customers to use the kiosks for basic transactions such as stamps and parcels. There was a big onus on the success of these self-service machines – with the right people front of house to show people which buttons to press. So we asked area managers and branch managers to talent spot those who did it best.

That person would then have a remit to go and work one day a week with other branches, that were newer on the journey. These ambassadors relished the opportunity and took real ownership of this role.

We also relied on managers to articulate the vision along the journey to maintain good business-as-usual operations. Without their engagement, any momentum would be lost, but we still needed to serve one million customers a week. So, a new leadership structure was introduced to create a clearer hierarchy and career progression to reward exceptional managers. A new Leadership Excellence Program has enhanced the management training curriculum.

The outcomes of transformation

Having been involved in both the strategy and delivery, it was very satisfying for Berkeley to see the changes land. The primary objective was to eliminate the losses and put the network on a sustainable footing, and this was achieved. The other metrics such as better employee engagement scores, higher customer satisfaction, reduced queue time, 80% migration to the automated service – these were the icing on the cake.

The capital investment required good people to make it worthwhile and effective – and there are many great people across the network. We set out to deliver a proper transformation, and that’s what it feels like. In fact, it’s now hard to remember what the old Crown post offices felt like.”

We ended up with a more engaged and motivated workforce – despite the massive upheaval – and we feel that’s where our consultancy approach at Berkeley brought an advantage. We work very closely with leadership teams to use and bring out the best of their capabilities. We don’t assemble a giant team of consultants, creating an us-and-them mentality.

There were never more than two Berkeley consultants working as part of this program. For big transformation pieces, you only need a couple of experienced people to start, set up and mobilize it properly. After all, the people at the Post Office knew their business. They were the ones who could solve the problems. When we left, they took the business forward.

What would have been the wrong course of action? Not taking staff on a journey. If we had chosen to invest less time and effort in retraining staff; put less stock on people development and internal communications; if we had not set a clear vision and then stuck to it with clear, consistent messaging; then it would have been challenging to make the progress we did in that three-year window.

This three year project's scale and impact was wide-ranging. Explore the numbers here...

P&L improvements on time and within budget

Largest retail bank in the UK

Speak to a retail consulting specialist 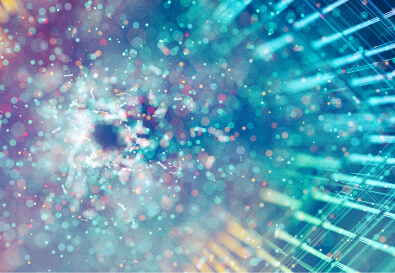 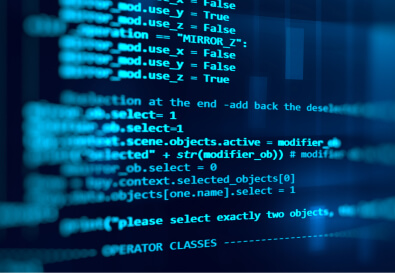 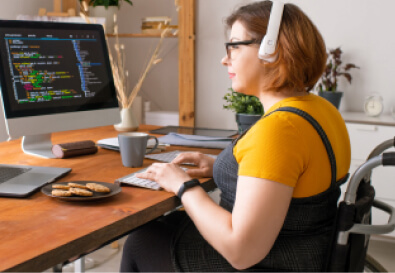 Six factors to enable employee experience in a hybrid world